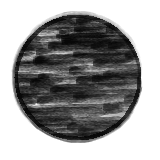 Distinguished most by their red hoods, the slave knights were among the very first of undead, set to serve their forgotten kingdom as fodder for war. Slave Knight Gael who outlasted his entire kingdom and comrades to countless generations later with one other, whom he'd lose in the blasphemous changes brought by Sister Elfriede against the natural cycle that would normally befall on the painting to burn it's own rotted being away to be reborn as many white snakes would be of reference of in the decor.

Seeking a more righteous path of righting this wrong, he knew and would promise the young future painter two things, a new breed of undead, the Ash, to show her the fire for her to paint in aspirations with and burn the old rotting world away with, and to bring back the pigment (blood) from the Dark Souls of Humanity, which was taken and held by the Pygmy race in the Ringed City. Blood was naturally required for the process of the painting as the pigments were to begin with blood for this world that was their home, but to really make it count, he would desperately and tirelessly, drive himself mad in this noble conquest to get the more vital genuine article from the ancestors of Humanity itself, failing to simply find the true thing that he would end up consuming their entire civilization while we breached a gap of time to then to see him turned, and now the final resource of product for this pigment.

On the way to reaching this far, we would find trails guiding us the way left by Gael while he was still sane. Often he would also leave soapstone messages depicting himself pointing down great drops with safe piles of ash way far below to land in saying "Take the plunge!" in the colliding dreg heaps of the end of the world.Consisting of many sights familiar to us flood the ash and dust and rubble of this entire environment and next to nobody would remain, dead nor alive.

List of things to base this look/theme upon:
Red hooded cape that is tattered and obstructs viewing of the face. Only Gaels long gray beard can be seen coming from under the hood.
A more basic quality armor, aged and slightly weathered from all the rugged and dusty environments we see.
A sinister aura in the same tone of red as his hood.
As a boss his larger stature (I decided norn off this)
The opening at the gut of his armor from all that he consumed creating a hole in his stomach.
A large broken/chipped away greatsword in his main hand, a talisman in his off hand for casting miracles. (primarily his ranged boomerang attack, Way of White Corona)
And a repeating, rapid fire crossbow (nothing in the game matching this well atm, but the rest blends well with his fighting style to that of a Guardian class.)